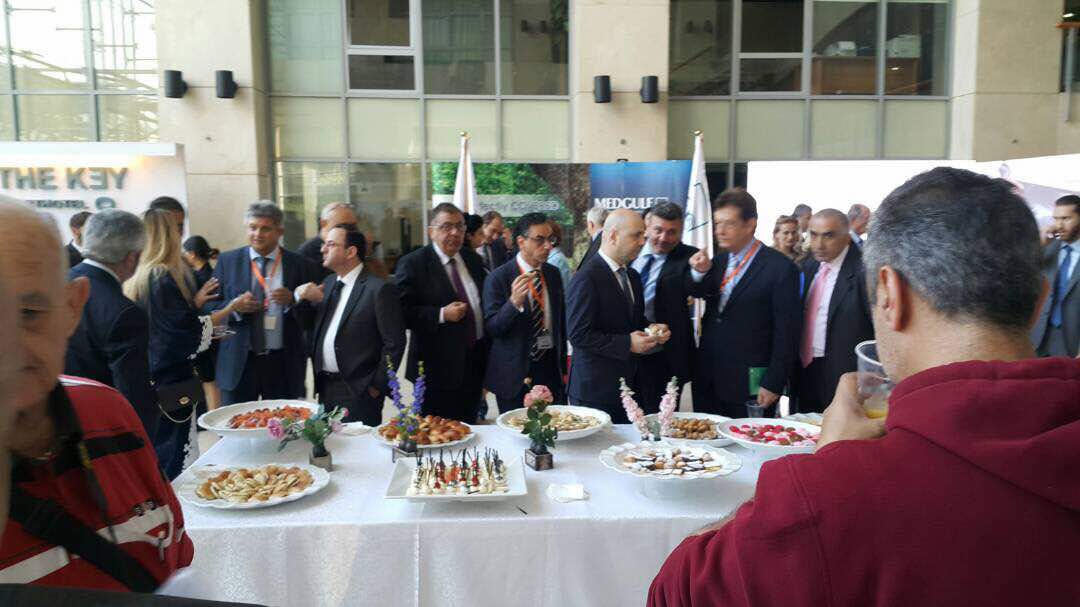 “The forum started with the Lebanese National Anthem followed by a welcome address delivered by Mr. Elie Moarbes on the Medical Tourism Network and the importance of enhancing this kind of tourism in Lebanon. The President of the Lebanese Travel Agents Association Jean Abboud then stated that enhancing Medical tourism requires integration between different concerned sectors, i.e. hospitals, doctors, Ministries of Health, Tourism and Economy as well as the tourism subsectors such as Hotels and travel agencies in order to provide high-quality Medical and Health Tourism in the regional and international markets.”

“Statements were then delivered by Mr. Pierre Achkar, Mr. Haroun, Mr. Sayegh and Minister of Tourism on the topic of Medical Tourism in Lebanon.”

“Health Minister Ghassan Hasbani closed the launching ceremony of the Forum stressing on the fact that Lebanon has always been a platform for interaction between civilizations, religions and cultural and intellectual currents, thanks to the diversity of its community structure. This human dimension is characterized by a leading scientific and medical role, which made Lebanon known as the hospital of East and contributed in the establishment of many medical systems in the region, in particular the Gulf. He added that in spite of the hard circumstances that hit the region and continues to affect it, and despite the previous and current crises in Lebanon such as emigration and asylum, the country maintained its medical role for its Human potential and technological progress that enable it to keep path with new developments. This is best illustrated by the international report recently released, Bloomberg 2017 Healthiest Country Index which placed Lebanon First among Arab Countries and 32nd out of the overall countries. Hasbani said that this ranking is great given that Lebanon is facing many challenges, at the top of which the fact that migrants make up 30% of its population. However, Lebanon has succeeded in achieving positive medical results.”